How it all started and OUR PHILOSOPHY

In 1989, Hugh Codding donated the entire Codding Museum inventory to Petaluma High School instructor Ron Head to create an innovative educational program. Ron's dream was to give high school students career and leadership skills through active participation in an environmental education program. The Petaluma Wildlife Museum facility was built in 1940 as a school bus garage. When the Museum's collection outgrew the confines of Ron's classroom portable, the Codding family helped purchase a new bus garage, freeing the old one to be used as a world-class 9000 square foot wildlife museum. Over the next few years, hundreds of volunteers from every corner of the community donated time and money to construct various dioramas representing habitats from across the world. They also built displays to house mineral collections, poaching artifacts, and the large live animal collection. Today, the Museum houses over 50 species of insects, reptiles, amphibians, and mammals. Thousands of people visit the Museum every year where dozens of high school students provide tours and animal education.

​The Petaluma Wildlife & Natural Science Museum is founded on an innovative education theory: if you give high school students as much responsibility and freedom as possible, they will rise to the challenge and succeed. Each school year, the Museum hosts several high school classes, educating over 100 teens about a variety of wildlife related subjects. Students take rigorous courses in wildlife and museum management to learn about environmental education, wildlife biology, animal husbandry, public speaking, and museum operations and maintenance. Additionally, throughout the school year, student docents are responsible for animal care, museum maintenance, program development, and conducting tours.

​For nearly 30 years, the Museum has hosted thousands of school classes and community groups, teaching them about biodiversity, ecosystems, wildlife, animal adaptations, and natural history. Tours are conducted by trained high school docents and are developed around California State Science Standards. Grade school tours visit exhibits representing Africa, Asia, and North and South America. Students also explore our large mineral, fossil, and forestry displays. Hundreds of taxidermied and live animals engage children and bring the science lessons alive. Check out our "Visit Us" page for more information about booking a tour for your classroom.

Our board and staff 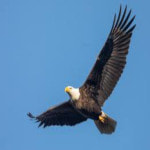 Adam
Adam Camacho, president, joined the Board in 2019. He also works in IT for Endsight in Berkeley. Adam became an advocate for the museum as it allows young adults to teach children, but also to support instructor Phil Tacata as he transitioned into leading the Museum. Adam’s favorite animal to visit at the PWM is the American Kestrel, and his favorite non-PWM museum is the National WWII Museum in New Orleans.

Robin
Even though being a firefighter for 22 years was a challenging and exciting career, vice-president Robin Haines' favorite job was working at Marine World Africa U.S.A.  She started in 1987 and after a year was working with the Marine Mammals.  In 1989 she transferred into the Elephant Department where she found her true love.  She spent 5 days a week with 5 African and 7 Asian elephants.  She started like everyone: just a dung beetle shoveling and cleaning up. After a short while she was walking elephants and then performing educational demonstrations.  "It was by far the most amazing experience being around these massive yet gentle creatures," she remembers. Her goal is to share those moments, educate the students about conservation, and create a fascination of animals with the younger generations. 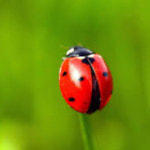 Kevin
Kevin Clarke, treasurer, joined the Board in 2013, but by day, he runs Bug Under Glass. Kevin first discovered the PWM when he attended the annual Pasta Feed, and he eagerly brought his experience working at natural history museums in California and South Africa to the PWM. Kevin appreciates that not only is the PWM is the largest student run museum in the nation, it also has an amazing collection of animals and artifacts that rivals other museums. His favorite non-PWM museum is IZIKO South African Museum in Cape Town, South Africa, and his favorite animals at the PWM are the death feigning beetles. 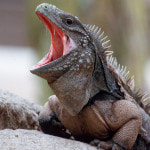 Robert
Robert Barnes is the current secretary of the museum Board and his bio is on the way .. 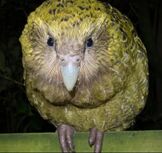 Rebecca
Rebecca Abrams joined the Museum Board in 2019. She teaches science at Hamilton K-8 in Novato. Rebecca appreciates the opportunities and experiences that museums offer children, having worked previously as a docent for school tours and a museum preparator at Santa Barbara Museum of Natural History and in museum preparation at the California Academy of Sciences. Though she loves the variety of animals both living and displayed at the PWM, the Greater Kudu is her favorite, and her favorite non-PWM museum is the Muséum national d'Histoire naturelle in Paris, France.

Jessi
Jessi Redfield joined the Museum Board in 2019, but she has admired the PWM since she started at Petaluma High in 2015. Though she teaches English and journalism at PHS, Jessi loves science, museums, and anything that provides education to the public at large. She recognizes that the PWM sets Petaluma High apart from other high schools, and she absolutely adores working with and watching the student docents as they share knowledge with and inspire curiosity and passion in visitors young and old. Her favorite part of the PWM is the one impala that’s playing dead in Africa, and her favorite non-PWM museum is the Natural History Museum in London, England.
PWM Staff 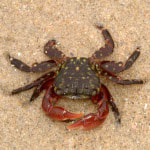 Phil
Phil Tacata is the Instructor of Classes at the PWM and is also the Director of the Marine Science program at Petaluma High. Mr. Tacata has, thus far, led a journeyman's career in education; after spending a year in the Bering Sea as a fisheries biologist for the National Marine Fisheries Service, he started teaching in January, 2000, as a young and brash 23-year-old middle school Math & Science teacher at Alum Rock Middle School in San Jose, CA. Since then, he's taught Science at two charter middle schools in Washington, D.C., taught Biology at his hometown rival high school in Daly City and, since 2014, has taught Biology and Marine Science at Petaluma High School.

In 2018, Mr. Tacata received double honors as the California League of High Schools Teacher of the Year for Sonoma/Mendocino/Lake/Humboldt counties as well as a finalist for the Sonoma County Office of Education Teacher of the Year (specifically for his work revitalizing and developing the aforementioned Petaluma High School Marine Science Program). Shortly after, Mr. Tacata was offered the position of "PWM Instructor of Classes" with the hope that he could use his experience, vision, and passion to re-ignite, develop, and grow the Wildlife program just as he had done a few year earlier for the school Marine Science program. Currently, in his 5th year in charge of the PWM, he hopes it's on its way to returning to its robust, former glory.

​Mr. Tacata recognizes the pedagogical potential and transformational power of the Museum Management program, both as a community portal for developing leadership skills in teens as well as being a unique environmental education tool that has taught (and continues to teach) concepts of wildlife conservation to generations of children here in the North Bay region. He prides himself in shaping the program to give his kids the kind of structural support and opportunities his teachers failed to afford him when he was a teen. Tacata, a popular and unorthodox teacher on campus, considers himself a "shaper of experiences" and his classes feature -at their core- some of the most ambitious, intricate, personalized, and potentially life-changing experiences for teens at Petaluma High; his labs are visceral and memorable, his lectures passionate and hilarious, and just being around the guy can, at times, feel like being at a snort-laughing comedy show with the production value of a viral video and and the soundtrack of a made-for-Hallmark movie (all at the same time). Oh yeah... He also runs some of the most legendary over-night field trip expeditions in the North Bay (just ask his alumni).

Mr. Tacata also likes to teach his kids some pretty cool stuff... Like Mr. Head (and Mr. Pawlan) before him, Tacata constantly looks for opportunities to "WOW" his students by showing them cool exotic animals, wicked skulls and pelts, or crazy-wild animal videos. He also never shies away from being real with his kids and will always and openly take time to discuss and dissect issues of conservation in the context of race and racism, environmental justice, and big-money politics. Ultimately, his goal is to expose his kids to things so amazing, so beautiful, and so magical that they can't help but end up seeing the world through a different lens.

Mr. Tacata knows the PWM is HOME for a very special group of students here at Petaluma High -the next generation of American conservationists- and has pledged to fiercely protect his students and positively develop this very special program during his tenure as Instructor.

Issy
The Petaluma Wildlife Museum is both excited and proud to welcome back c/o 2016 alumnus, Isabelle Barnes. Issy graduated from Cal Poly in 2020 with a degree in Animal Sciences (with a minor in Biology) and is looking to enter grad school in the field of Conservation Biology sometime in the near future. Until then, Issy will serve as our Animal Care Tech charged with the ultimate care and welfare of our small animal zoo as well the proper training of our student docents in all-things-animal husbandry. During her time as a teen-aged docent in the Museum Management program, Issy recognized and developed her passion for animal care and wildlife conservation and that experience set the pathway for her burgeoning career. She was a star at the PWM in high school, won county honors for her bearded dragon breeding program, and, in her words, "would've hated high school without it (the PWM)." Issy credits the Museum with giving her real-world skills and a social group of like-minded individuals with which to bond, and is proud to be back home contributing to the growth and development of our next generation of docent conservationists. 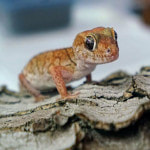 Karen
Karen Payne first experienced the wonders of the PWM over twenty years ago when she moved to the North Bay and regularly brought her two young children to the Museum. Years later, she met Phil Tacata, the instructor of her daughter's Marine Science class at PHS, and she became an instrumental parent supporter of the MarS program in charge of fundraising and event planning for the class. After Mr. Tacata became the instructor of the Museum Management program in 2018, Karen reconnected with Phil and brought her twenty-five year depth of knowledge and career experience as a specialist in early childhood education over to the PWM as the new Summer Camp Director. In addition to her Camp Director duties, Karen is also a Pre-K teacher in Marin, a part-time lecturer in the Education Dept. at SSU, and a full-time employee at Preferred Sonoma Caterers; the PWM is so lucky to have her!

​Karen appreciates the transformative potential of museums on the early identity-development of children and fully understands the importance of Petaluma's "hidden treasure" in our North Bay community. As Summer Camp Director, she serves to inspire curiosity in our K-6 campers, helping to foster and develop within them a life-long interest in nature, conservation, and preservation of the local and global environment.